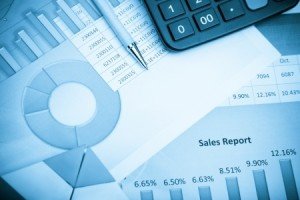 Today’s post is by Paul Smith, author of Lead with a Story (CLICK HERE to get your copy). You can learn more about him at the end of the post. Here’s Paul…

The best lesson I ever learned about financial management came from a guy whose budget I was supposed to keep tabs on. In 1997 I had just taken the job of Finance Manager at manufacturing plant in California. If you’ve ever worked at a high-efficiency plant, you’ll recognize the culture. We measured everything: quality, throughput, inventory, safety, on-time delivery rate, and of course, cost. Every engineer in the plant had a target to hit on multiple metrics and wanted to exceed them all.

With most measures, doing better than expected was a good thing. But with cost, our objective was to spend what we forecast, plus or minus a margin of error. If you spent significantly less than you forecast, it didn’t mean you were great at saving money. It meant you were lousy at forecasting spending. And as the plant Finance Manager, my job was to make sure we delivered our cost forecast—no more, no less.

At one point during my first year, we underspent our forecast several months in a row. I met with the engineers in charge of departments that spent the money, trying to convince them of the importance of forecasting better. I was doing an awful job of it. It just didn’t make sense to them. How could spending less than expected be a bad thing? Explaining that it made me look bad on my performance appraisal didn’t seem to win any sympathy. And my theoretical discussion about the value of keeping financial processes within control limits just drew yawns.

After I exhausted every explanation I could think of, Mitch Weckop stood up. He was the only person in the plant that had ever worked in the marketing department back at company headquarters. He told the group a story about when he was an assistant brand manager in the 1980s. “We were having a tough year. Competition was fierce, inflation was high, and our profits were not coming in where Wall Street expected. Halfway through the year it was clear that if things didn’t turn around, we would have to do something drastic in the last quarter to make our numbers. Something drastic always meant the same thing—‘going dark.’ To a marketing manager,” Mitch explained, “those were the two most dreaded words you could utter. It meant cancelling your television commercials. Without ads on TV, sales and market share would start to drop and undo all the progress we worked so hard to create.”

“We did everything we could for the next three months. But it wasn’t good enough. When all the sales and cost forecasts from the plant were added up, the profit left over just wasn’t going to be enough. When the next quarter started, we went dark. The millions of dollars a month we normally spent in media quickly added up, and buoyed our profits. The first month, sales didn’t decline much. By the last month of the quarter, however, we had lost two points of market share. We knew that even though our ads would come back on air in two weeks when the new fiscal year started, it would take at least a month to stem the decline and several more to get back to where we were before.”

“The new year started, and with TV ads back on, we licked our wounds and went to work planning how to recover. With fingers crossed, the accounting department closed the books and reported our profits for the year that just ended. But instead of barely meeting our goals, it turned out we over-delivered our profits by several million dollars! What? How could that be?”

“It turned out the folks at the plant had been under spending their forecast the last several months. But they didn’t change their forecasts because they wanted to beat their target. They wanted to show up at the end of the year being the heroes that saved the day by ‘saving’ millions of dollars and surprise their bosses with their great work. Well, they surprised their bosses all right—and everyone else. But they didn’t feel like heroes. They felt more like goats when they realized what they had caused.”

“The ironic thing is, because the TV commercials got cut, and sales went down, we didn’t need to make as many cases of product at the plant. So production schedules got cut back, which meant all those other metrics we love to measure at the plant started looking a lot worse. It also meant fewer hours and less overtime for the production workers. That meant less take home pay. So not only had they hurt themselves, but their coworkers as well.”

Mitch sat down amid a somber and silent audience.

“Any questions?” I asked.

Having none, I closed the meeting. Cost forecast accuracy at the plant shot up to near 100% the next month.

The lesson, of course, is that all those cost and sales forecasts produced at many levels in the organization are actually used by management to make decisions. Important decisions. If you’ve figured out a way to save more money, by all means do it. Just let management know about it so they won’t make the same mistake Mitch described above. You’ll still be a hero. But without costing your company millions in lost sales.

And if you’re the boss relying on those forecasts to make decisions, share this story with your organization like Mitch did, and you’ll be less likely to face “going dark.”

– Paul Smith is director of consumer research at The Procter & Gamble Company, and a corporate trainer on leadership through storytelling. He is the author of Lead with a Story: A Guide to Crafting Business Narratives that Captivate, Convince, and Inspire. You can ﬁnd him at www.leadwithastory.com and on Twitter as @LeadWithAStory.