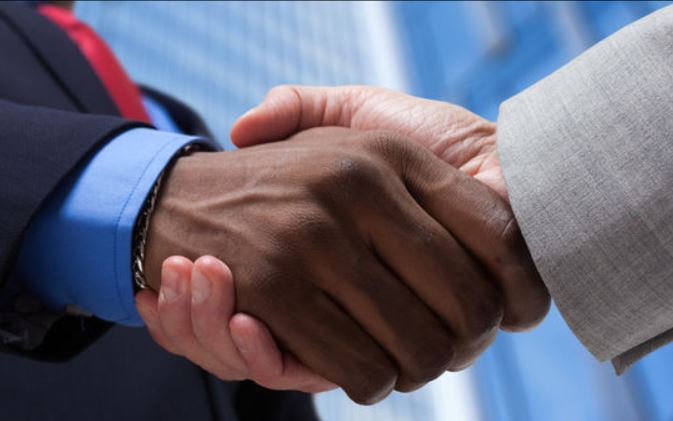 In a connected world, opportunities are more about who you know than what you know. Whether it’s a job, making a sale, or finding your next great new hire, you’d be a fool to miss some great opportunities to build your network.


With the growth of platforms like LinkedIn, it’s easier than ever to connect with folks. Unfortunately, we’re lazy and pretty much suck at it. It’s become too easy to click a “connect” button and try to build your network absent a real connection. Every week I get a bunch of requests to connect. Unfortunately they have zero context. No note. No explanation as to why someone wants to make the connection. That prompts a really fast “ignore” response from me.

But what about connecting outside of social media? It’s a lost art. Our noses are in our phones all the time and we miss opportunities to make great connections all around us. With a little effort, though, you can forge some great connections and build a network of people you actually know personally.

There’s one place I’ve found that’s better than anywhere else to build my network: the airport.

I spend a lot of time in airports. A lot. I recently spent 21 hours on planes to come home from Singapore. And that was just the return trip home. I could treat that as dead time (and many times I do – I watch movies, read books, and sleep). But if I have the energy, I look at it as a chance to build my network.

For example, when I was going from Chicago to Tokyo on the first leg of my trip, I stopped in the United Club to ask where their international business class lounge was. The guy in line in front of me was asking the woman at the counter the same thing. When she told him where it was, I remembered the location. He seemed confused though. I told him to come with me because I knew where it was.

While we walked, we chatted. It turns out he’s an executive at a global corporation. Hmm… most of my clients are global corporations. I asked what he did and what he was working on. He was headed to Africa to work on some major projects. When he asked what I did and I told him I ran a leadership training firm, his comment was “That’s funny… I was just speaking with my HR and L&D team about some leadership training needs we have. I’d love to learn more about your services.”

We had a nice conversation on our way to the lounge. I gave him a brief overview of our firm but then steered the conversation back to getting to know him as a person. There would be plenty of time in the future to send him information about our services. I was much more interested in getting to know him and the work he does. Once at the lounge and after a short discussion about how good the food was, I left him to his work. He went and took a seat in a quieter area but still where I could see him. I hopped on my laptop to do some email. A few minutes later, I received a LinkedIn connection request from my new friend. We looked up, smiled, nodded, and went back to work.

Now, I have no idea if anything will ever come of our chance meeting. But at least there’s a chance something could come of it. All because I decided to have a conversation with a fellow traveler.

On my way home, I was traveling in business class. I will usually pay the fare differential to bump up from economy or I’ll use one of the many upgrades I receive from being a frequent traveler. When my seatmate arrived, I notified him he was authorized to smack me in the head if I fell asleep and snored. After sharing where we had been and where we were going, he asked what kind of work I do. Coincidentally enough, he was a consultant who works on big leadership change management programs for major clients around the world.

We talked about approaches to leadership, perspectives on training, and the challenges our clients face. As we continued our conversation I learned he had also attended a military academy like me. Small world even on a big plane covering a long distance. Again, I don’t know if anything will come of our conversation but at least there’s a chance of some sort of partnership together. At the worst, I had a pleasant conversation with a like-minded traveler as we desperately tried to kill 16 hours in the air from Singapore to Los Angeles.

Online networking has its place too but use it as a complement to your in-person efforts. Sometimes your relationships will start online. The sooner you can turn them into real in-person connections, the stronger they can become.

Many of you know I’m an author on LinkedIn Learning where I’ve published many courses on leadership and management. A few months prior to my trip to Singapore, I received a note from someone who had seen a course. They asked if I had any information on being a good board member. I sent her some articles and when I looked at her LinkedIn profile, I saw she lived in Singapore. Guess who I had lunch with when I got there? We had a great conversation and I’m sure it will lead to future discussions about topics we find mutually interesting. Could I have skipped an offer of lunch and instead just gotten some sleep after those long flights? Absolutely. But instead I chose to make the effort to strengthen the connection.

The best networking surprise of all came in the hotel lounge at breakfast on my second day there. A guy kept looking at me as I was getting my food. I thought perhaps I was going the wrong way in the buffet line. He finally said “Are you Mike?” I figured he must be a participant in the course I was teaching the next day and that he had looked me up prior to the session.

“You don’t. You’re an instructor on LinkedIn Learning, right? Because I’ve watched many of your courses and I think they’re great!”

My jaw hit the floor. This guy recognized me from my online training videos. It felt really great to be recognized literally halfway around the world. I sat with him and talked over breakfast. But I didn’t let the cool moment end there. I made sure I went to the lounge for breakfast again the next day to see if I could talk with him again even though I was running late that morning. We had another very pleasant conversation. But again, I didn’t leave it at that. Yesterday I sent him a package containing a couple of my books just because I think he’ll enjoy them.

I think the conclusion here is clear – real-world connections are powerful. Don’t miss the opportunities around you every day to build new relationships or strengthen the ones you initiate online. In an increasingly connected world, the art of connecting with people at a personal level is still the most powerful kind of networking you can do.

Will you lead a revolution when you see change that needs to happen? Optimizing Supervisor Training for Business Success
Scroll to top