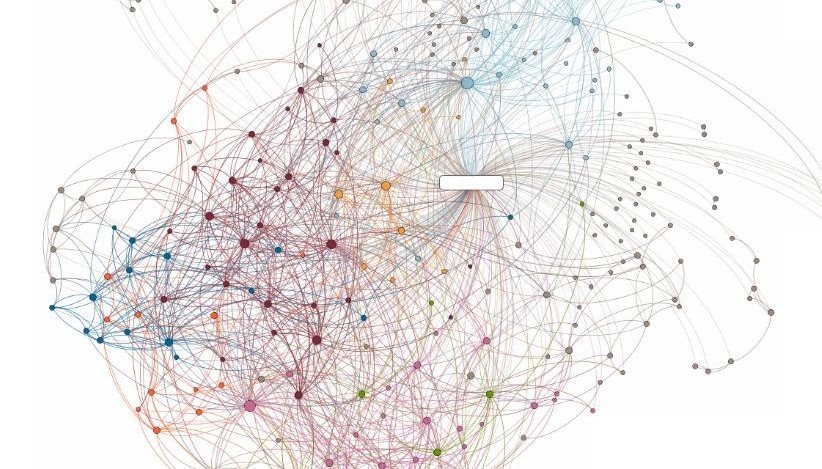 Networking isn’t just about getting a job for yourself. If you focus on it for that purpose alone, you’re doomed to fail. By seeing networking as a way to bring value to others, you’ll find your network grows rapidly and your opportunities will multiply.

Today’s post is by Annie Walton Doyle of Inspiring Interns.

Whatever stage you’re at in your career, networking is critically important. Today’s job market is hugely different from that of the past, and the majority of the reason why is networking. Never has who you know been quite so important, and never has knowing more people been quite so accessible. Not only can networking help you advance in your career, or redirect your path of employment, but it helps build a supportive network around you.

And yet networking can get a bad rap. Some see it as insincere or smarmy, while others think it’s simply a waste of time. But done right, networking is one of the most valuable tools to have in your arsenal – not just in terms of finding your career path, but in terms of progressing and growing in your chosen career. Here are five tips on how to network more successfully.

If you can, start networking before you properly “need” to. Build a network you can access and use when you need it; don’t try to start building it when you really need one. People can sense desperation and the insincerity which comes with it, and it can be a huge turn-off. If you approach people when you genuinely want to build connections, and not when you’re trying to figure out what they can imminently do for your career, you’ll come across better and build better relationships.

Once you’ve started networking, know what you want to put across and have it ready to articulate. Try to prepare what’s called an “elevator speech” – a short, minute long speech that you could feasibly deliver to someone whilst sharing a lift with them. It should sum up your skills, where you’re at in your career, and your future goals. And don’t forget to bring anything you might need to a networking event. The most important is a business card, which you can hand out at the end of conversations, so people have an easy way to get in contact with you, and thus no excuses not to!

Trying to connect only with high fliers if a huge mistake people can make when they first start networking. A good rule of thumb is that almost everyone in the room can have something to benefit you, so not talking to people you feel are insignificant to your career can mean missing out on some potentially great opportunities. Only trying to associate with people who obviously have something to offer you can also make you look disingenuous.

It’s also a good idea to avoid personal agenda while networking. If you have a personality clash or some history with someone, maintain professionalism and be kind. You don’t want something silly to get in the way of you advancing in your career.

Building a good network does, unfortunately, take some time. If you attend one event and don’t think much good came of it, don’t immediately give up on networking. The more you do, the more it’ll pay off.

Networking isn’t a one shot event – it takes lots of maintenance. It’s important to have this mind-set, rather than seeing networking as a means to an end. Successful networking never truly ends. Think of it like other relationships in your life – they ebb and flow, some come and go, and they take work. Have set networking goals you stick to – attend an event every month, or send out an email once a week. If you’re an introvert, a good way to maintain your networking habits is LinkedIn – although nothing compares to person on person interaction.

What many people get wrong about networking is having a sense of vagueness around their interactions. Simply meeting people in your career field and having a chat can’t truly be called networking.

And people often approach a networking event with the mind-set of “what’s in this for me.” Instead it should be “how can I help.” In other words, you aren’t looking for work or opportunities simply to benefit yourself. Rather, you should be looking for gaps you can fill, favors you can do, and ways to build connections.

Ending each interaction by overtly asking if there’s any way your skills can help a business or individual may take people by surprise, but it’s a great way to show you’re generous, forward thinking, and serious about advancing your career. Hand out business cards so people can contact your if they ever need someone with your skillset. It’ll help you stand out in people’s minds, both at the event, and in the future.

This should go without saying, but if you say you’ll email someone a CV, portfolio, or in fact anything at all, you should absolutely do it – and as quickly as possible. And if you had a promising conversation with someone, get in touch with them soon afterwards. Try to arrange a coffee, as emails are good, but nothing beats a face to face interaction in terms of helping you stay on someone’s radar.

Don’t always follow up just because you want something. Maintaining a relationship with someone in your field can be beneficial both in terms of emotional support and because you never know where they (or you) will be in the future in terms of your career trajectory. Forming relationships is important, but maintaining them is crucial in terms of successful networking.

It’s also important to remember that true networking happens between more than just two people. Rather than being out purely for yourself, aim to be a good networker more broadly. If you know people whose work complements another person’s work, offer to set them up for a meeting. Putting out good energy into networking means more people will owe you favors, and you’ll likely reap quicker and better rewards.

Annie Walton Doyle writes for Inspiring Interns, which specializes in finding candidates their perfect internship. To browse our graduate jobs, visit our website.

How do you address conflict with a peer you have a great relationship with? Which environment is harder to lead in: a crisis or the boring day-to-day?
Scroll to top