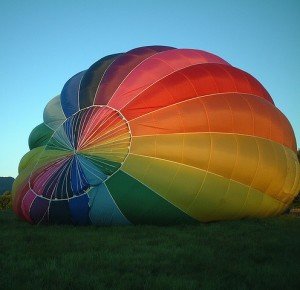 Performance review ratings can be tricky business.  No one likes to hand out low ratings but no one wants grade inflation either.  Here are 5 ways you can prevent grad inflation from happening.

Today’s post is by Victor Prince, one of our thoughtLEADERS instructors and co-author of Lead Inside the Box: How Smart Leaders Guide Their Teams to Exceptional Results (CLICK HERE to get your copy).

Lake Wobegon is a fictional town in Garrison Keillor’s long-running radio show A Prairie Home Companion where it is jokingly said “all the children are above average.” While I am conversationally dangerous enough in statistics theory to explain how this is possible – hint: average of what? – the point of the joke is insightful. Wherever there is a metric that people feel is important – e.g., income, height – it is basic human nature for people to want to think of themselves as “better than average” on that metric. That phenomenon is so typical there is even a name for it – “The Lake Wobegon Effect.”

One place where the desire for everyone to be “above average” can have negative consequences for organizations is in performance appraisal systems. If everyone is “above average,” what does that say about your average expectations? How does that affect your overall expenditure and distribution of annual bonuses if they are based on performance ratings?

Which of those ratings will be the one with the highest share of people rated in it? Common sense suggests the middle rating of 3. After all, if your organization met its overall expectations for the year, you would think that on, on average, the organization’s employees met their individual expectations to get them there.

Reason number one is the Lake Wobegon effect – on average, people don’t want to think of themselves as average. Unless you figure out someway to change human nature, you aren’t going to change that.

Reason number two is something you have some control over, however. Most managers would prefer not to have difficult conversations with the people they rate. If they gave people who are meeting expectations that “average” rating, they worry they will get pushback from their employee.

How can you get managers to have those difficult, yet appropriate, conversations? Here are five suggested strategies, from least direct to most direct.

1) Educate – Ignorance can be one reason for inflated ratings. You can train your managers how to appropriately rate people by sharing baseline examples of what an appropriate rating is for individuals. You can create baseline examples for each rating category by identifying example performance appraisals that describe what a person performing at that role looks like. You can use real life examples (protecting for privacy as appropriate) or you can create one made up from scratch or that is a composite of real ones.

2) Calibrate – Get managers at the same level together to discuss the ratings they are proposing for their own teams and review those of others. By doing so you can generate valuable discussions that compare people and how they are rated. “Pat rated Gale a 5 out of 5 while Jamie rated Taylor a 4 out of 5. They have similar jobs. Do those ratings make sense to people who have worked with them?” If moderated well, those conversations can be quite enlightening to help managers see how they are applying the ratings versus others.

3) Motivate – Even if managers are educated and calibrated, they may still want to avoid difficult conversations that might ensue if they rated people as they should be rated. Make it clear to them that delivering accurate ratings of their people is a major component of their job that they are going to be rated on. Maybe they are lucky enough to manage a team of people that are all above expectations. If that is the case, that team should collectively be producing above expectations. If they are not exceeding team expectations, does that mean their manager is holding them back and should be rated below expectations? Recasting the performance ratings in that light gives managers a check on their desire to take the easy way out.

4) Incorporate – If you still have ratings inflation, you can adjust it by incorporating it into your overall performance management program. If you use ratings to determine annual bonuses or salary increases, you can set the overall budget impact of those costs as fixed and let the distribution determine how it is doled out to individuals. If ratings are skewed high, that means there are more people than expected in the high ratings category. If you set a fixed bonus or pay increase for individuals in the higher categories, then you will end up paying more in bonuses and pay increases than you budgeted for. If you set the budget for those as fixed and then allocate it based on the actual ratings distribution, you can stay within your budget. (To see an example system to allocate fixed bonus pools, email me). Doing so will also create an interesting dynamic, where highly rated performers will not be getting bonuses and pay increases as big as they might have expected. If your organization wants a “pay for performance” culture, it will find itself in tension with ratings inflation.

5) Allocate – If you do all the above, you will find that there is an incentive for some parts of your organization to be high raters to push any pain off to other parts of the organization. To align incentives within each division, fix the bonus and salary increase pools by division. That way, if one division ranks everyone at the highest level, they will not be able to pay as high of a bonus or salary increase as other divisions that do not have everyone in the highest group. The benefit is that market forces would probably take hold at some point, and the best performers would figure out it is more profitable to work for other divisions. That tension between divisions could quickly turn from productive to disruptive if you want to maintain a common organizational culture of “pay for performance.”

– Victor Prince is the co-author of Lead Inside the Box: How Smart Leaders Guide Their Teams to Exceptional Results (CLICK HERE to get your copy).  He’s a thoughtLEADERS instructor and teaches communications, problem solving, and strategy.

Which of these characteristics is the most dangerous leadership trait? How We Can Make Leadership Real Again
Scroll to top