It has been years since the term “2.0” has been coined and yet companies still struggle with social media.

“It’s hard.  It takes a lot of time.  I’m not sure what we’ll do with it.  It doesn’t seem worth the investment.”  Those are some really lame (and defeatist) sentiments.

Even for those who have started using social media, they still face challenges.  I received an email just the other day that a company was shutting down its blog because they hadn’t seen subscriber growth in the 12 months since they started.  That’s a fail, people.

Social media isn’t that hard if you know what you’re trying to accomplish with it and invest just a little bit of effort into understanding it.  Heck, I’ve already given you 31 Tips for Growing Your Blog and 8 Tools You Can Use for Successful Blogging (What?  You haven’t read those?  Go read them.  Now.  Then come back…).  Anyone can be successful in social media.  Anyone.

“Gee, that’s a bold assertion Mike.  Not just anyone can succeed at social media.”

Really?  I’ll bet you’re wrong.  And I know I’m right because Alli, my teenage daughter is kicking your company’s butt at the whole social media thing and she’s not even out of middle school yet.  Don’t believe me?  I promise if you follow Alli’s rules of social media, you’ll see dramatic improvements in the growth and effectiveness of your social media presence and efforts.

Before I dive into Alli’s rules, allow me to set a baseline.  Here’s me on YouTube after about 4 years of having my YouTube channel containing a bunch of thoughtLEADERS videos:

Now, here’s Alli’s YouTube and Instagram channels by way of comparison.  Note the date she started the channel:

45,000 views.  35 times as many subscribers.  And dude, I don’t even have an Instagram account because I’m not cool enough to have an iPhone (I’m still a BlackBerry guy but at least I don’t drop phone calls).  Now that she has your attention in terms of her results, let me tell you how Alli approaches social media and what you can learn from her.

Have a clear purpose and goal with your social media efforts

“Dad, there are these other two girls who are both like four years older than me and they do beauty and outfit tips like I do and I figure by the time I’m their age I’ll have sooooo many more subscribers than they will because I have a four year head start on them.”  Big goal for a little kid.  She knows she wants to build a large base of loyal, engaged users.  She’s not sure what she’ll do with it or exactly how she’ll monetize it but she knows a big fan base is a critical first step.  As far as purpose, she’s pretty altruistic: “I just want people to get something out of watching my videos, and if just one person gets something out of them, it’s good enough for me.”  She offers beauty/cosmetic/fashion tips and shares music/movie favorites all delivered with a dose of humor (I don’t know where she gets that last part because I strive to always be totally serious in my social media efforts).

Give the people what they want (and remember your SEO)

Her first video had some great production value.  She got some help from her network getting it promoted.  She wasn’t shy about asking for shout-outs and shares from people (me included).  She gave her audience a high quality product focused on topics they were interested in.  That video got over 400 views which, from a standing start, is pretty awesome.  For those of you who blog, ask how many views your first blog post got in its first few months by way of comparison.

Her second video hit the jackpot.  Same type of content (staying true to her emerging brand) and same quality level.  Here are her results so far:

46,518 views!  I’ll say that again.  46,518 views!  On one video.  IN TWO MONTHS.  Sure, it’s a vanity metric but still – a teenager putting up numbers like that is pretty amazing.  Before you get all dismissive of it, go look at YOUR company’s YouTube channel.  If Alli has more views on her video than any video on your company’s channel, shut up  (UPDATE: the video is now at 51,600 views THREE DAYS after I originally wrote this blog post.  Ho.  Ly.  Crap.).

“Well Dad… Two of the most popular types of videos on YouTube are either called ‘Get ready with me’ or ‘My Morning Routine’ so I just put both of them into my title and it started trending and showing up in a lot of search results.  And the more views it got, the more it showed up and more people watched it.”

HOLY CRAP THE KID IS DOING SEO WITHOUT EVEN REALIZING IT!  Implication: if a teenage girl can figure out SEO on her own, you and your organization have no excuse for not doing the same thing.

If you take a look at the comments section on the second video, you’ll notice something interesting – she responds to pretty much every comment (even the ones in Russian and Portuguese).  My favorite interchange is this one:

Alli: “1. I had to Google translate this 2. Yes I noticed, my feet are indeed, bare, before I put my Uggs on.”

Oh my God!  The kid is going to the trouble of translating comments from Russian so she can respond to them!  Many of her commenters are becoming subscribers and helping spread the word about her channel.  So the next time you say you don’t have time to reply to comments, tweets, or status updates, punch yourself in the face and remember the little girl who translates comments so she can reply.  She doesn’t even have an economic interest in doing so (but YOU do).  Don’t be lazy.  Engage your audience.

How you can become a social media god

If you follow Alli’s example, you can have an amazingly engaged audience that you can eventually monetize and build upon.  I don’t care if you’re a startup or a Fortune 500 company – these principles apply:

1. Have a clear purpose behind your social media efforts.

3. Do your SEO homework.

4. Engage your audience in the conversation.

So how’s your social media strategy working out?  Please share your thoughts in the comments below (and I promise to reply but I won’t translate from Russian).

P.S. I’m still kicking her butt on Twitter but at least she recognizes she needs to boost her presence there… 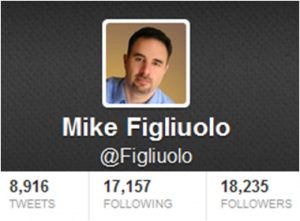 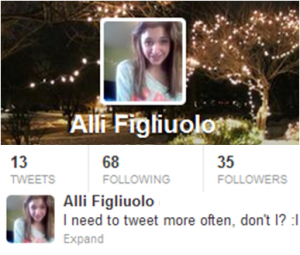 Perception Is Reality: 8 Steps for Changing How Others See You How to Improve Your Life Through Mentoring Programs
Scroll to top