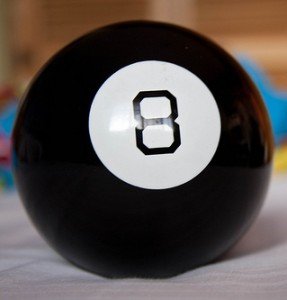 Organizations are terrible at decision making.

There are some pretty understandable reasons why we’re so bad at making decisions.  We are afraid of being wrong.  There are costs with being wrong (e.g., getting fired, not getting a promotion, etc.).  We don’t want to upset people and have them feel left out.  We don’t want to hurt their feelings by not asking for their opinions.

But decisions still need to be made.  All the above issues lead us to a place where every decision is based on consensus.  Consensus-based decision making takes forever.  And even if we use a consensus-based approach, we still risk groupthink.  On top of that, the slow pace of consensus exposes us to the rapid pace of today’s business environment.  If it takes us forever to decide whether to launch a new product, we create the risk of our competitors beating us to market because they made a decision more quickly than we did.

We must get better at decision making.  Now.

Two of my favorite perspectives on decision making come from General Patton and RUSH:

“If you choose not to decide / You still have made a choice.” – RUSH, Freewill

So how can you break out of the infuriatingly slow paced environment in which you’re operating now?  It’s actually pretty easy.

Define the Decision to be Made

The first place we get derailed in our decision making process is we don’t get agreement on the decision to be made or the objectives and goals of making the decision.  If one person thinks we’re making a decision with a goal of increasing revenue and another believes it’s about growing profits and a third thinks it’s about market share, it’s not very likely we’ll make a decision everyone will be happy with.  We also don’t clearly articulate the alternatives and the decision itself.  While some folks might think we’re making a decision to launch a test or pilot program, others might think we’re deciding on a full market entry.  Without clarity on the choice before us, it’s impossible to actually make the choice.

Our bias for inclusion and our desire not to hurt anyone’s feelings leads us to include EVERYONE in the decision making process.  In some cases, that’s the right choice but in many it’s not.  There are four decision making styles we teach: autocratic, democratic, participatory, and consensus.  Depending on the size of the decision, the speed with which we need to make it, and the nature of risks we face or don’t face, one style is usually a better choice than another.  Be deliberate in choosing a style at the beginning of the process and let people know how you’ll make the decision.  If they know up front they’re not going to have input, it’s a lot easier than announcing the decision at the end because they’ll think they should have had input.

Calculate the Risks… Then Take Them

Every decision has risks.  Unfortunately we seek to gather as much information as possible and eliminate every risk we can think of.  That information gathering takes time and effort.  All too often we don’t calculate the cost of gathering that information because many times the value of that information is less than the cost of acquiring it.  Additionally, while we’re gathering data, the world continues to move and change.  We might spend a year coming up with the perfect answer but during those 12 months, that answer may become irrelevant due to changes in the market.  Weigh the balance between risk and information and when you have enough data to be reasonably comfortable, make the call and take the risk.

Once you’ve taken the risk and executed your decision, you obviously need to measure and monitor the results of your choice.  It’s important to realize that many times you CAN go back and change your decision.  Often that is the correct choice to make but we rarely do so.  Why?  Because that requires us to admit we made the wrong decision the first time around.  Hubris and pride will destroy your organization.  If you made a bad call but now know what the right call is, make the right call and move on with life.  Understand why you made the bad call the first time and learn from it so it doesn’t happen again.  Don’t let your ego and pride lead you to pursue a path you know is wrong just so you don’t have to admit you screwed up.

Please, for everyone’s sake, stop with the default to consensus based decision making where you try to get 100% perfect information before you make your decision.  Recognize when that’s appropriate (rarely) and when it’s not, adopt a different approach.

We can help you and your team become better decision makers with our Deliberate Decision Making training course.  Check it out and drop us a line – we’d be happy to tell you more about it and would be thrilled to work with you and your team on the subject.

The Crazy, Backward Sales Technique That Will Make You Rich 7 Proven Steps for Increasing Sales
Scroll to top