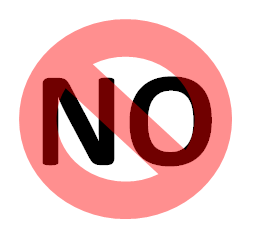 I hate the word “no.”  I hate saying it.  I hate hearing it.  It’s very unproductive.

Believe it or not, you can eliminate it from your vocabulary and replace it with two simple words that can make all the difference in how you’re perceived and how much people want to work with you.

I recently had the pleasure of speaking with Kevin Eikenberry (author of From Bud to Boss) for over an hour on this topic. Today I’ll provide an excerpt of that conversation and at the end of the post I’ll provide you with a link for the actual audio file of our conversation.

Here’s the discussion Kevin and I had around two of the most powerful words you can use to replace “no” in your vocabulary.  It’s another excerpt from my conversation with Kevin (previously Kevin and I discussed a leader’s role in process improvement – you can read that post here and we also covered how you can avoid scope creep – read that one here).

Kevin Eikenberry: Let’s talk about us as leaders. We have got a lot of stuff going on. How do we as leaders stay focused on what we are trying to achieve and not be the source of the problem? How can we stay focused and be the best support to process improvement efforts?

Mike Figliuolo: One of the most important things that I have learned is the ability to say no. I am not saying I am good at it, I just know that it’s important.  That said, we as leaders can be much more effective in that regard.

As you are looking at process improvement as a leader, there are plenty of processes that you are going to able to change within your purview. I think the onus is on you to do that prioritization really rigorously and say “I have got 15 processes in my business unit. I can’t get all of them. Here are the two that really matter that I want to focus on for this period of time. As for the other 13, keep making the donuts. Don’t let those processes fall apart. If you see little tweaks here and there, try to make them, but the big changes we are going to focus on are in these two.”

You need to stay true to that prioritization and I don’t care what the mechanism is for doing so. You can have a prioritization list up on your whiteboard in your office. You can carry around only those two project charters. Whatever it is that’s going to keep you from monkeying with the other 13 processes goes a long way toward keeping you focused on your priorities. That’s hard to do, because there are plenty of people who are involved in those other 13 processes who want to change things.

There are other stakeholders who are affected by those 13 processes, who are complaining to you saying “Hey, this one process is broken and I am not happy about it.” You have to be comfortable saying “Okay, I hear you. We will get to it eventually. Here are the two big things that I am working on that are bigger than that.” You have to stick to those guns, otherwise you are going to run yourself into the ground, or run your team into the ground or just do things poorly.

Kevin: What you said at the end is a really good point because I think that we don’t like to say no and when we are crystal clear on what it is we are doing, it makes it a lot easier for others to understand why we are saying no. We are not just justifying and saying we are busy; a word that I hate. We are saying “here are the things I am working on” as you just described. That’s a critical piece to this. The clarity that comes with us saying that says a lot to others. Even if they might disagree with our prioritization, they have a hard time disagreeing with our clarity, and so I think from an influence perspective it makes a lot of difference.

Mike: Yeah, it’s a huge point, and I don’t like the word no, I don’t like to be told no, and I don’t like to be told “Well, I’m busy and I have a lot of other things going on.” I know there have been times in my career where I have had processes that I owned and projects I owned, and I used to carry that list around and it had all the projects listed on there; A, B, and C priority, and I just had a line drawn. And that line reflected my current resources, and everything above that line, my resources are deployed against.

When you have that stakeholder who would catch you in the hallway and say “I really want to work on process number 11” I would pull out that list and say “Okay, process number 11 is a B priority for me, here are the A priorities I am working on.” This then becomes a “yes, if” conversation.

Instead of saying “no, I won’t work on process 11” now you say “yeah, I can work on 11, if, if you give me budget, if you give me people, if you deprioritize one of these A priorities and move that B priority up.” Then you are having a productive conversation, because more often than not that other leader will look at your list and go “oh, now I see where number 11 fits in the grand scheme of things. Yes, you have your priorities right. Go ahead and just keep plugging on and let me know when you can get to number 11.” But you are right, it is a productive conversation at that point versus just “Well, I am busy.”

Kevin: Well, then you are going to have a real conversation, because they might say “wait a minute, this one is a higher priority than this one” and we can have that conversation.

The thing I think about, about prioritization is there is always something that could replace something on your list. And I do mean always. There is always a higher priority item; it’s just a matter of us being clear on what the current priority list is. I had someone a while back tell me that they liked working with me because I always said yes. Well, the reality was, I don’t always say yes, but with that particular case, I can say yes when I can be very clear about what that is and how it fits into the larger scheme.

If you would like to listen to the entire interview, you can do so by CLICKING HERE. Kevin and I had a great conversation. I hope you’ll take the time to listen to it in its entirety.

– If you’re serious about improving your leadership skills, grab yourself a copy of One Piece of Paper: The Simple Approach to Powerful, Personal Leadership. There are plenty of suggestions in there for how you can lead your people more effectively. CLICK HERE to get your copy.

What Dying Taught Me About Decision Making Why You Must Answer the “So What?”
Scroll to top