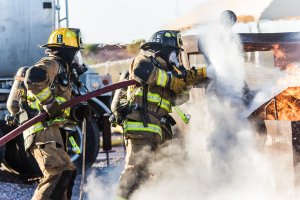 Solving day-to-day business problems can sap your time and energy. Learn how to be more efficient by identifying the roots of your problems.

Today’s post is by Todd Palmer, CEO of Diversified Industrial Staffing and author of From Suck to Success: A Guide to Extraordinary Entrepreneurship (CLICK HERE to get your copy).

One common struggle entrepreneurs face is that they spend too much of their day putting out fires. That leaves them less time to do the most important work in their business. It also stretches them thin from a personal perspective, so they end up overworked, stressed out, and unfulfilled.

Are you spending all day putting out fires?

Do you struggle to get ahead with your workload because there’s so much on your to-do list?

Have you spent years telling yourself that you need to better train team members but haven’t had a break long enough to do so because you are putting out so many fires?

If you answer yes to any of these questions, congratulations. You’re your company’s best firefighter. This role is important because it can keep a company going for a long time. Fires come up in every business. These businesses need firefighters on the inside to prevent those fires from spreading.

So many business owners I coach complain to me that they spend all their days “putting out fires.” I get it. That’s how I felt for my entire first decade at Diversified Industrial Staffing, too. I spent every day putting out fire after fire, keeping the business open for nearly a decade before the flames got too big for me to control any longer. Every day, it was fire after fire. I’d swoop in and save the day and then move onto the next fire. That was my Groundhog Day. I’d head to the office, put out fires all day, and head home. The next day, I’d head to the office, put out more fires, and head home. I’d do that day after day until everything collapsed.

Firefighters don’t just put out the flames of a burning structure and then head back to the station. They also take time to research the cause of the fire and, if there are signs of arson, work with law enforcement to prosecute the arsonists.

If we know we are our companies’ best firefighters, we must shift our mindset and complete the work to identify the cause of the fire. When Greg worked with me to continue the job at Diversified Industrial Staffing, I learned that my fires were all caused by arson. We had someone inside the company who kept starting fires. Thus, the solution was to either get rid of the arsonist or prevent them from being able to start fires in the future.

Unfortunately, I learned that the arsonist at Diversified Industrial Staffing was me. If not for me, I wouldn’t have had so many fires to put out. When I realized that, everything changed. Instead of seeing myself as the hero who swept in and put out fires to keep the company going, I visualized myself starting a bunch of fires and then running around putting them out until the fires grew too big for me to handle. I loved the jolt of adrenaline solving the problems. I felt like I had accomplished something that day. It was a fool’s dream.

It’s not just me, either. When I work with leaders who are overwhelmed by putting out fires all day, I ask them to shift their mindset from putting out fires to completing the job. Virtually every time, my clients realize they were their company’s chief arsonists too. Some of them identified other arsonists as well, but every single one of them realized they could quickly improve their company if they just stopped starting fires themselves.

You don’t have to find yourself crumpled on the pavement (or worse) to recognize that something has to change in your business, either. Sure, a setback could be as large as bankruptcy, or it could be as small as a mishandled meeting. What they have in common is a gut-wrenching, hair-raising feeling of regret, fear, and self-doubt that stops us in our tracks and stunts our growth. But many times, we feel overwhelmed by putting out fires all day because we don’t do the work it takes to prevent fires in the first place.

As leaders, we can be the best firefighters—while also being the chief arsonists. Think about it: the scary but joyous feeling we, as entrepreneurs, get from putting out a fire can be very visceral, like a spike of dopamine. Often, we lack self-awareness around the “rush” it gives us. So we will be subversive and act as an arsonist, which is self-sabotaging long term, in exchange for the rush of putting out the fire and being seen as the savior, the only one who can put out the fire. But we can make the complex simple by merely doing something different.

As straightforward as it might sound to identify the source of fires before moving on, you won’t be able to do it if you don’t shift your mindset. It takes awareness, discipline, and continuous practice to do so. Otherwise, the stress and relief of fighting and extinguishing fires will send us right back into our own versions of Groundhog Day. 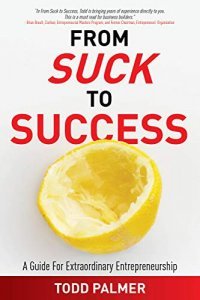 Todd Palmer is a highly sought-after speaker, executive coach, and longtime CEO of Diversified Industrial Staffing. With the mindset shifts and business techniques shared in his new book From Suck to Success: A Guide to Extraordinary Entrepreneurship, he transformed his company into one of the fastest growing companies in America, landing it onto the INC 5000 list an impressive six times.

How effectively do the leaders in your organization manage change?

The 7 Aspects of High-Performing Teams
Scroll to top