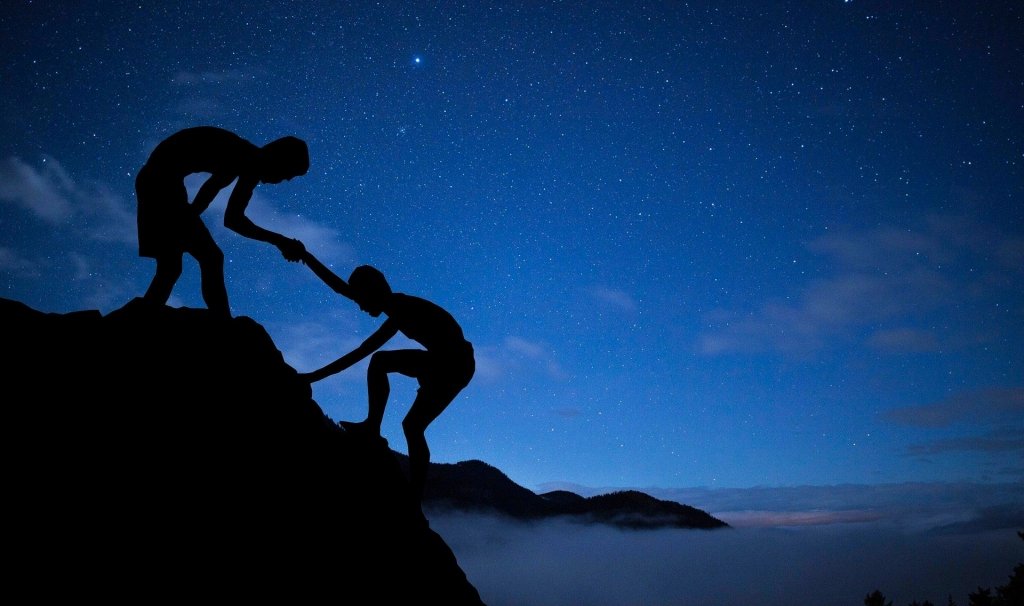 Positive influence leaders make a big impact on the people they encounter and the outcome of that positive leadership is to pay it forward and help others.

Today’s post is by Glenn Parker, author of Positive Influences.

Singer/songwriter Taylor Swift donated $1 million to the V Foundation for Cancer Research, but she also gave $50,000 to the nephew of one her backup singers who was being treated for cancer. It’s clear that people who have benefitted from a positive influence in their life tend to be a positive force in the lives of many of the people they encounter.

Research indicates that some people take their experience of being on the receiving end of a positive influence leader and look for opportunities to have a similar impact on people they encounter in their work life. They can point to specific people they have impacted and the positive outcomes of those encounters. We also found that others have adopted a more generalized approach to people that seeks to have a positive influence on everyone in their orbit.

Paying it Forward with a Specific Person

Debra, a senior manager we interviewed in a large pharmaceutical company, benefitted from several women early in her career who were a positive influence by helping her become more self-aware and focused on her successes, while still dealing with areas that needed improvement. In turn, she has been a positive influence on a specific direct report in her organization—a woman who told her, “You gave me an opportunity to grow, to see beyond my current self and, most important, to learn that you do not lose when you collaborate with others.”

Tony, a martial arts instructor, made a conscious effort to pay it forward by volunteering at a rape crisis center. At the center, he taught martial arts to a group of women, many of whom had been raped. He taught them the necessary skills to defend themselves—but first, as he said, “I had to break down their socialization tendencies. For example, when I hit them, they showed paralyzing emotional distress sometimes, including tears.” However, he knew he was making progress when, in a sparring match, he hit a woman a bit too hard and knocked her unconscious. As he knelt down to tend to her, she quickly regained consciousness and immediately, upon seeing him hovering over her, punched him in the nose. As Tony told us, “It was the best reaction I could have hoped for.”

Ray, a senior level corporate CIO, was a great influence on a junior analyst who worked for him. Later, the analyst became a CIO himself at a major company. When he had a decision to make, he told Ray, “I would say to myself, what would Ray do?”

Paying it Forward Across the Board

During his travels to Africa, movie actor Matt Damon learned about the challenges of providing access to safe water and sanitation in Saharan Africa. To address the issue, he co-founded www.water.org. Damon and his team have already raised more than $14 million to address the problem. However, he also takes an active interest in the work, including making site visits to multiple countries, developing strategy, and serving as an advocate for clean water in meetings with the World Bank and World Economic Forum

Some people said they pay it forward by adopting the principles learned from their positive influence leader and applying them in all of their interactions. For example, Dick reported that he incorporates the teachings of his two main mentors—specifically, be present, focus on the person, be consistent in your actions, and above all, use a questioning mode during interpersonal interactions—in all of his efforts to be a positive influence on the people in his organization.

In a similar fashion, Mark has a principle that guides all his interactions with the people who work for him: “If you want to be a good boss, take more of the blame than you think you deserve and take less of the credit than you think you earned.”

Frank, a psychiatrist, learned the importance of morality and positive values from his father. He, in turn, passes these values along to the people he encounters. Frank believes strongly in the value of treating all people with dignity, doing things the right way, and having a strong moral center. As he told us, “I pass along the importance of being respectful, that we are all the same and all our stories are sacred.”

Do You Pay It Forward?

In the course of your work or personal life, have you been a positive influence on another person? Describe the situation and how it played out.

Glenn Parker is an organizational development and team building consultant and author of some 16 books, including several bestsellers. For more stories of positive influence and how you can become a positive influence leader, learn more about and order a copy of the book co-authored by Glenn Parker and Michael Parker, Positive Influence: The Leader Who Helps People Become Their Best Self.

How well do people in your organization take ownership for problems or issu...

How do you allocate your time spent with your direct reports?
Scroll to top