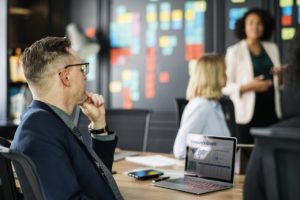 Ethical dilemmas can be tough to resolve, especially in today’s complex business environment.  Gut feeling and common sense are unreliable guides to ethical decision making. Only well-grounded ethical reasoning can lead us to the right choices and give us conceptual equipment to defend them.

Today’s post is by John Hooker, author of Taking Ethics Seriously (CLICK HERE to get your copy).

In June 2005, The New York Times published the tragic story of a young man who died of cardiac arrest while on a cycling trip. An implanted defibrillator should have restarted his heart, but it failed. The manufacturer, Guidant Corporation (now part of Boston Scientific), had known for some time about a defect that could on rare occasion cause the defibrillator to malfunction. It promptly fixed the problem when it surfaced but didn’t notify patients in whom the defective devices were implanted. The young man’s doctors were distressed and outraged when they learned about this. They insisted that they would have replaced the defibrillator if only they had known.

It gets worse. Guidant was considering a buyout offer from Johnson & Johnson at the time. Public knowledge of the defect would have led J&J to reduce its offer, which is exactly what happened when the story broke. It appeared that Guidant was keeping the defect a secret, and endangering the lives of thousands of heart patients, to protect its business interests.[1]

Yet the company’s behavior was entirely ethical. Why? I will explain in a moment, but the story illustrates how hard ethics can be, in two senses. The right decision can be hard to identify, and equally hard to defend and implement when it looks wrong to others.

We often have the impression that companies go astray ethically because of bad people. Sensational media stories about the Bernie Madoff’s and Martin Shkreli’s of the world reinforce this impression. Sure, there are bad people out there, but as often as not, ethical lapses occur when good people don’t know how to analyze complex issues. Even when there are bad people around, we often lack the vocabulary and concepts to identify why they are wrong.

The business world is awash in perplexing dilemmas. What is a fair price for a successful drug, given the high cost of research and clinical trials? Can a social media platform ethically sell personal data? When should it take down offensive or false material? Can a bakery ethically refuse to cater a gay wedding? Is it OK for a manufacturer to destroy a local economy by moving its operations to a low-wage country?

Resolving such dilemmas requires a sophisticated conceptual framework, not intuition or gut feeling. Fortunately, ethicists have worked hard to develop such a framework. I will give you a glimpse at how it applies to Guidant’s dilemma, although a truly convincing analysis requires a longer and more careful treatment.

This might have been a simple case, but for one fact: the risk of death from replacing a defective defibrillator (0.42%) was greater than the risk of leaving it in place (0.10-0.24%). Guidant executives feared that most patients would want a replacement if they knew of the defect, exposing themselves to unnecessary risk, and that most physicians would agree to do it (think about the cyclist’s doctors). The Food and Drug Administration (FDA) requires no product recall of implantable devices for precisely this reason. The company therefore reported the defect to the FDA but not to the public.

The conflict of interest posed by the prospective buyout did not arise until after Guidant made its decision. In any case, what matters is whether it was the right decision, with or without a conflict of interest. I will address this question by applying three well-known ethical tests. A decision must pass all three tests to be ethical.

The first test is utilitarian. It asks whether an action creates at least as much net expected benefit as any alternative action. Guidant clearly passed this test, because it minimized risk to 14,000 patients with implanted defibrillators.

The second test is based on a generalization principle that, in this context, asks whether a failure to recall is a breach of warranty. A sales transaction normally implies that the merchandise is fit for the purpose for which it is sold (warranty of merchantability). If a product is not usable, as for example when it is too unsafe to use, the seller has a legal and ethical obligation to notify the buyer and provide a replacement or refund.

This was not Guidant’s situation. It is hard to find legal grounds for recall, given that regulations make an explicit exception for implants. Furthermore, Guidant’s implantable defibrillators were the first on the market, and some risk is to be expected of new technology. It is unlikely that patients would have refused the implant if they had known, up front, that there was a 0.2% chance of failure—particularly if a 0.42% chance of death is not a deterrent to replacement surgery! Merchantability is therefore not an issue.

The third test is whether patient autonomy is violated. Patients may insist that they have a right to know what is going on in their bodies. However, a right claim doesn’t prove anything. It is only a claim. Patients may want to know about any defects, but there is no obligation to give people what they want just because they want it. More convincingly, patients may argue that keeping them in the dark compromises their autonomy because it deprives them of the opportunity to decide their own fate. This resonates with common sense, but common sense notions about ethics are often wrong.

Careful analysis reveals that there is no violation of autonomy. Let’s suppose you have a Guidant defibrillator in your body, and I am a Guidant executive who decides not to tell you about the defect. I violate your autonomy if I interfere with an ethical course of action you deliberately choose. I am not interfering with your choice to be informed of a defect, because this is not your choice to make. You don’t have control over whether I inform you. You can choose to ask a doctor to replace the device if you learn about a defect, but I am not interfering with this choice, because you have not learned about any defects. I certainly violate your autonomy if I expose you to unnecessary risk that results in heart failure, because heart failure interferes with any action you might take. But this is exactly what I am not doing.

The moral of this story is that careful analysis is the only viable way to deal with tough ethical dilemmas. It can resolve them when gut feeling and intuition are clueless, or at best misleading. It can provide vocabulary and concepts for defending controversial decisions. It can even help us summon the courage to forge ahead with the right course of action.

John Hooker, author of Taking Ethics Seriously: Why Ethics Is An Essential Tool For The Modern Workplace (CLICK HERE to get your copy), is a T. Jerome Holleran Professor of Business Ethics and Social Responsibility, and Professor of Operations Research, at Carnegie Mellon University, Pittsburgh, Pennsylvania. He has published over 170 research articles, eight books, and five edited volumes on ethics, philosophy, operations research, and cross-cultural issues, including Business Ethics as Rational Choice and Working across Cultures. He is the founding editor-in-chief of the world’s only academic journal dedicated to teaching business ethics, and he developed the ethics program in the Tepper School of Business at Carnegie Mellon University.

How often do you overcommit and stretch yourself too thin? Lessons in Leadership from CEO’s to the White House
Scroll to top