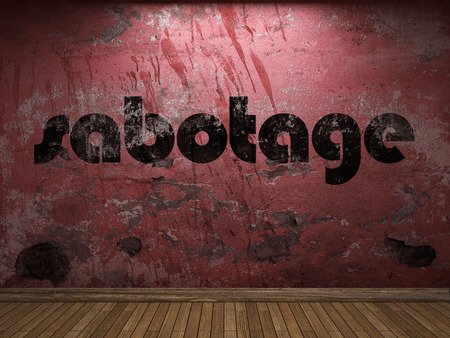 Have you ever been in line for a promotion or a transfer to a cool new role only to find out your boss was squashing your efforts to make that leap? Here are some tips on how to deal with them sabotaging your career.

Many of us have been there – you hear about a cool new role somewhere else in the company. You think “I’m a perfect fit for that!” You speak with the hiring manager and get even more excited about the role.

Since you’re a good person, you decide to tell your boss you’re interested in the new role instead of pursuing it behind their back. They agree – you’d be a perfect fit for the job and it would be a great stepping stone for your career.

You ask your boss for their support in the form of serving as a reference for you. They say they’re happy to speak on your behalf and tell everyone how awesome you are in an effort to help you get the role.

You go for your interview and do a fantastic job. You think “this thing is a lock! I’ve totally got this.”

The hiring manager reaches out to you after the interview and tells you they’ve decided to go with another candidate. You’re pretty surprised by the news because you know the other candidates and you’re a much better fit for the role. What happened?

Upon further investigation and conversation with the hiring manager, they tell you candidly that your boss’ recommendation wasn’t very strong. You’re shocked by the news.

Let me tell you what happened, why it makes sense, and what you can do to prevent it from happening in the first place.

Your boss doesn’t care about your career

There are plenty of people out there who are self-interested. While your boss may say they care about your career and your ability to pursue new opportunities, what they really care about is their own career. If you’re a high performer, your departure will leave a big hole on their team. All those great results you deliver will now be at risk. Your boss can almost see their performance rating declining as you discuss leaving the team.

Your boss may also be worried about all the extra work they’ll need to take on after you depart. You’ll leave a big hole on the team. Someone needs to do your job. Initially that will likely be your boss. Who wants extra work? No one.

Your boss’ final worry is the pain associated with recruiting, hiring, and training your replacement. That takes time and effort. Combine that effort with the additional work they’re picking up due to your departure and it’s abundantly clear as to why your boss doesn’t want you to leave. Add to this dynamic that your replacement will take a while to perform at the level you’ve been performing at for all this time. Your boss’ results won’t be as stellar in the past. They know that. Who wants to deliver worse results?

How can you stop the sabotage?

Get a good reference

Your boss isn’t going to tell you they’re not going to be a strong reference. Heck, they may think they’re being a good reference but all these issues subliminally sabotage what they say to your interviewer. They may not mean to destroy your opportunity but even being only mildly supportive of you can come across as a big negative. While they tell you they’re going to sing your praises, the actual song they sing is way off tune.

If your boss says they’re going to provide a glowing recommendation, ask them to do so in writing. Ask for a formal recommendation letter from them. Once they commit their words to paper, it’s tough for them to say anything out of line with that recommendation. Your interviewer might not even need to talk to your boss once they have the letter.

Your boss clearly has concerns with your departure. They’re imagining you’ll leave them high and dry. Let them know you won’t do that.

Tell them you’ll complete any major projects before your departure. Make that a condition of your transition and get confirmation from the hiring manager that your start date will be after your project’s completion.

Let your boss know you’ll help them recruit and hire your replacement. Do the leg work for them. Find them a great candidate to fill your shoes. Also offer to train that person once they’re aboard. That will take that burden off your boss and make them less hesitant to let you go.

Make yourself available for future issues. Tell your boss they can always call you if they or your replacement need assistance. Be genuine in this offer and when the call does come, take it promptly and help as promised.

If you’re able to reduce the risk of getting a lukewarm (or even negative) reference and if you can reduce your current boss’ anxiety about your departure, the likelihood of you getting their support for you making the leap to a new role will go up dramatically. Good luck!

Coach Your Workplace to Success What’s your current view of your boss?
Scroll to top