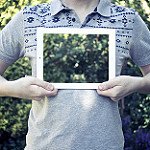 A leader’s ability to communicate and be completely transparent is a key to forming a cohesive team that’s built upon trust. While it may be scary to share everything, the benefits of doing so are undeniable.


Today’s post is by Steve Goldstein, author of Why Are There Snowblowers in Miami? which will be available in September.

As I was walking back from the gym one morning just before 7AM, I passed by the local boutique food store and noticed the manager standing in the middle of a circle, with all of her staff around her. It looked like every employee was present. I had noticed her doing this several times before at this time. Curious, I waited for them to open and went in to talk to her. I said, “I see you every day having these meetings before you open, what’s that all about?”

She said, “Look, we have about twenty-five people working here, and we’re open fourteen hours a day. There is always something going on, good, bad, or otherwise. I need them to know everything I know—what’s new, what’s missing, what specials are we offering, and so on. I then ask them what they think, or about anything that happened yesterday that we need to know. It’s just a quick session so that everyone is on the same page. It takes under ten minutes, and I could not imagine running this place without it.”

This is a great example of a leader being open, letting everyone know what they need to know in order to be successful—that day. Who’s out sick and who has to cover? Why is it the croissants will arrive thirty minutes late? What special soup has the chef prepared for the day? What in the inventory is running low and what should the staff tell customers if they run out? No secrets, and everyone informed with the latest, best information possible to enable them do their jobs well. How empowering is that?

The best companies today, whether they are large or small, share as much information as they can among their leaders and employees. They know that knowledge is power and that, when they are properly trained, employees will exceed their expectations in responding to customers’ needs. When it comes to being a good leader, making sure the information flows well is of paramount importance. Everyone needs to know what is really going on. Leaders need to get complete, accurate reports and then broadcast them in a timely manner to everyone who can benefit from this information.

Hi-Tech Does Not Mean Hi-Transparency

The current state of technology forces all companies to generate more information than ever before. And because computers make things so much easier, leaders often assume that means the information is better and it is utilized more efficiently. But so often that is not the case. It’s unbelievable how often these super powerful tools do not work well, or are not applied correctly. Whether it’s a medical organization whose central computer system makes the coordination of patient health-care information much more unwieldy or a highly sophisticated, automated phone system that annoys customers so much they hang up, the digital world is only a reflection of the engagement level of the organizations that are utilizing it. In other words, technology does not necessarily result in transparency.

There are three main areas of corporate disengagement that can cause transparency issues. The first is having an entrenched silo structure. Often, people in different departments within companies are simply in the habit of erring on the side of non-transparency, of talking only among themselves instead of sharing information with other departments who need it. In fact, the lack of communication between the functional units of the company has become so common that most people accept it as the norm.

The second impediment to the free flow of information is the tendency of many leaders to ration what they know. Leaders have a tendency to withhold information rather than share it—for a variety of reasons, both conscious and subconscious. This stingy mode of interacting translates into a lack of transparency and creates mutual mistrust and unnecessary stress.

Third, many companies have poor tracking methods and systems. Quite often companies either don’t measure things, or—even more often—they measure the wrong things. Companies tend to track the things that are quantitative in nature rather than qualitative. In other words, you might find out that seven pair of shoes were sold one week, and only two the next. But no one tracks why the customer who tried on the shoes left without buying them. That is the really valuable information.

Ray Dalio, the founder and CEO of Bridgewater Associates, the world’s largest hedge fund, wrote a 123-page book defining what the culture of the company should be. Here is how a recent article in The Wall Street Journal (Saturday, February 6, 2016) describes the company’s overall philosophy:

“Bridgewater is known as much for its idiosyncratic culture as its investment prowess, and Mr. Dalio has long espoused that conflict is essential and helps the firm to perform at its best. Employees are told to air disputes openly and then try to resolve them, which sometimes escalates into a vote. Vote results are made available to the rest of the firm. ‘All employees see what would be hidden in most companies,’ Mr. Dalio said.”

Not only do many of the communication tools and practices employed by companies serve to convolute rather than to clarify, but also many leaders seem to have lost sight of the basic tenet that the more people know, the better they can do their jobs.

From my years of observing and working with companies, one thing is crystal clear to me (pun intended): To be a successful, engaged leader is to be a transparent one.

– Steven D. Goldstein is a proven leader who has held executive positions with leading global brands, such as American Express (Chairman and CEO of American Express Bank), Sears (President of Sears Credit), and Citigroup, as well as several early-stage enterprises. He currently works in private equity as a Senior Advisor with the consulting and advisory firm Alvarez & Marsal. His book, Why Are There Snowblowers in Miami? Transform Your Business Using the Five Principles of Engagement, will be available in September.

Would you rather be seen as being a fair leader or a just one? Upcoming Event: Change Management Conference
Scroll to top