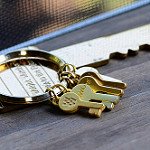 There are five keys you should think about as you’re making big decisions:

Clarity. First, be clear about the call being made. Tell people exactly what the decision is. The crisper you are in explaining the decision, the higher the likelihood that they’ll carry it out.

Documentation. Document that decision so you have something to true back to. Remember, big decisions can take a long time to make. The results of those decisions can take a long time to mature and for you to see what happens. You’ll want a document to go back to and say “Here’s the decision we made and here was the underlying rationale.” It will help you and your successors understand why the decision was made. If things go awry, people can dissect the original rationale and understand what mistakes were made so those mistakes can be avoided in the future.

Rationale. Lay out the rationale for making the decision. Include the assumptions you made, the facts you were using to make the decision, and the sources of the information you used for making the call. When things change, you can go back to that rationale and find root errors in the data you had. You can understand how the market has changed from when you originally made the decision. You might find new opportunities to make a better decision. Business cases and “board decks” are good documentation vehicles for laying out the rationale for the call that you’ve made.

Dissemination. When making the call, do so in writing and disseminate your decision broadly across the organization. Avoid the most common problem that happens when people make a decision: misinterpretation. Many times, if you announce your decision verbally, the game of telephone occurs. Somebody who was there heard it firsthand. They heard the rationale but they interpreted it slightly differently than you meant to say it. Then they tell the members of their team and the rationale you shared changes slightly. Then those team members tell the members of their team and the rationale changes even more. By the time it gets disseminated across the entire organization, your rationale can be completely twisted. Sometimes folks will even communicate a decision contrary to the one you made. By documenting your decision in writing and making sure everybody gets the same information, the decision and your rationale for making it will be clear and consistent.

Inclusion. When you announce major decisions, do so in a group forum and give people time for Q & A. This is a solid approach for understanding what their concerns might be. Let people know how the decision was arrived at and who was involved in the decision making process. This will help reduce execution risk. People might not support your decision if they think their interests weren’t represented. When you explain who was involved, you can reduce the possibility of people being resistant because they think “My voice was represented in this decision, so I’m going to be more willing to support it.”

I know of an acquisition that was done, where when the acquisition was announced, the CEO of the company performing the acquisition went to the company that was being acquired. The acquisition was announced in a large group forum. He laid out “here’s why we’re doing this deal, here’s how this deal is going to affect your daily life, here’s what’s going to change, and here’s what’s not.” There was time allowed for Q & A. People had something they could true back to because the entire organization heard that message from the decision maker at the same time. After the meeting, an email communication went out to every associate. That email shared the same information the CEO had shared in the meeting. Everyone got the same message and understood why things were happening. It made the transition to being a combined company much smoother than if the CEO had relied on “cascading” the information through the company.

If you adhere to these principles when you’re making and communicating your big decisions, you’re going to get stronger support for the decisions that you make. That support should translate to a higher success rate in carrying out your decisions.

To learn more about making and executing decisions, check out our training course Deliberate Decision Making. We’ll teach you how to get the most out of every decision you make. You can also watch my course Executive Decision Making on lynda.com, which includes a free chapter on assessing risks. Watch the course introduction here:

How Millennial Managers Work with and Manage Other Generations How well do you push your own thinking before involving others?
Scroll to top