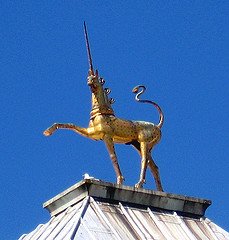 Work-life balance is a myth. It’s actually all about work-life choices. Once you understand you have choices and make them intentionally, it’s much easier to be satisfied with your career and your life.

Today’s post is by Nigel Dessau, creator of the 3 Minute Mentor.

One of the most famous mythical creatures in history is the Unicorn. Appearing in countless books and movies, the legendary animal can be drawn, painted, and animated, but no one has actually seen one. That’s because they’re not real. Similarly, the concept of a ‘work-life balance’ is a myth.

Everyone strives to attain a work-life balance. Countless books and websites try to teach you how to find that perfect sense of stability. But here’s the catch: it doesn’t exist. However, before putting aside the utopian dreams of the HR team and falling into depression, there is hope. While you will never achieve a work-life balance, you will find work-life choices.

According to the dictionary, choice is the “act of picking or deciding between two or more possibilities.” Unlike balance, which implies an equal amount of weight on each side of the scale, choice means you allow one side of your scale to be heavier than the other. Instead of finding that state of equilibrium, sometimes we need to choose our career, and sometimes we need to choose life or family. But you can always switch course and change your mind later.

When younger, many people tend to focus on their career. They work longer hours and dedicate more of their effort to fast-tracking their career. As family and community involvement increase, many choose to dedicate less to work and more to life. While some people make these choices mindfully, others do not, and are surprised by where they end up. That’s why about half way through a typical work-life, around 40 years old, many people start to have a ‘mid-career crisis.’

A team member invited me out to lunch for what he described as a ‘career conversation’. He started with words I had heard before. “I am not where I thought I would be by now,” he said, while explaining his career.

The team member believed that at this point in his life, he should be a director or an executive. He looked around at those who had made it to that level and believed he had equal or better skills. While there was not a huge market for executives in his job, the positions were there, and he couldn’t seem to make the jump.

Whenever I have these conservations with team members or mentees, the first thing I do is ask questions. In this scenario, the employee had done many of the things you would look for him to do. He had worked on increasing his domain knowledge, accepting new and challenging roles and had spent time building his network. On the website the 3 Minute Mentor and in the book Become a 21st Century Executive, we call this building your Content, Approach and Network.

The most pressing question that I needed my team member to consider was whether he would move for a new role. All the positions he desired were filled, so if he wanted a similar job, he was going to have to look outside the company.

But relocating, he told me, was not an option. He and his family loved their house and his kids loved the school they were in. He did not want to disrupt that side of his life. I told him that I respected that choice, but I emphasized that it was a choice. With that choice came consequences—for him, at this point, it was a career-limiting decision.

This is the core issue for anyone having a ‘mid-career crisis.’ While decisions have been taken and choices have been made, they are not always made consciously and can have unintended consequences. Luckily, these choices can often be reversed. If he later decided to accept a role that required him to travel or move his family, he might be able to get the job he wanted.

However, before making that change, he must understand the impact that it would have on his family and their lives. Were they ready to make the transition, and rebalance their lives for a new opportunity? In the end, the answer was ‘yes’ and the team member took his family to a new city where he thrives today.

Live with your choices

The closest thing we get to work-life balance is the acceptance of the choices that we make. If you cannot accept that you made the decision either actively or by default, it can be hard to live with the consequences. Moreover, in a world where we are always looking to blame others for our own problems, this lack of personal accountability will bring unhappiness and frustration.

The real answer here may be found in the mangled version of the Serenity Prayer. When it comes to our career and the choices we make, if we want serenity, we need to accept the choices we have made. We then must either live with them, or change them. And no matter what, we must have the wisdom to know the difference.

– Nigel Dessau is a marketing professional with over 25 years of experience leading corporate marketing and communications. He began his career by working for IBM and he’s held senior executive and CMO roles at both private and Fortune 500 companies including StorageTek, Sun Microsystems, AMD, and Stratus Technologies. Dessau is the creator of the 3 Minute Mentor website, which provides significant career guidance in three-minute videos. Become a 21st Century Executive is based upon episodes and concepts found in the 3 Minute Mentor.

Photo: Unicorn on roof of Bristol Council House by crabchick

How well do you recognize when something will negatively trigger you? 4 Things Leaders Need to Understand About Veterans
Scroll to top