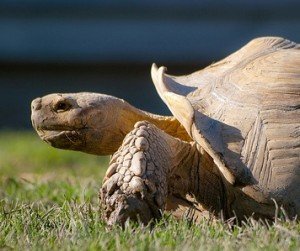 You have a brilliant idea. It’s going to transform your business. It will help you get a huge leg up on your competitors and drive tons of money to the bottom line. Heck, if you can get this thing implemented you’ll probably get a big fat bonus and it’ll be a great holiday season at your house.

Here’s the catch – this idea is a little risky. It’s not fully proven in the market. There’s a chance of failure and with it, the loss of any investment the business makes. On balance, the risk-adjusted return from the project is astronomical but you have to get past the most difficult gate of all: the senior decision maker who has to approve the idea.

That’s no mean feat. Realize that many of these decision makers are busy and they might not have the same risk appetite you do. They might have a strong financial interest to NOT take on large risks (e.g., they have a large bonus coming if they hit their numbers this year and the risk of losing the investment you’re seeking would torpedo that bonus).

So how can you move the business forward in a climate where senior management is slow or hesitant to make a decision? Here are three things I’ve found to be extremely helpful in those situations:

People are motivated by different things. For some it’s about building something special. For others, it’s a promotion. And yet others are focused on a bonus or retirement. I refer to this primary motivation as their button. If you push it, things happen. Realize that sometimes you’ll push it in a positive way which will get them to support what you’re doing or you’ll push it in a negative way which leads them to throw up barriers.

Regardless of what the button is, there’s a high likelihood that whatever it is you’re working on might be at odds with that button. At best, the linkage between your idea and their button is somewhat murky.

The work you need to do in this case is reasonably straightforward. First, take a moment to evaluate what that stakeholder PERSONALLY cares about. This means setting aside whatever their job and responsibilities are on paper and really delving into what makes them tick as an individual. If you’re not sure, ask a colleague or even ask the decision maker themselves. You might be surprised how open they’ll be to discussing their objective function.

Second, candidly assess how your idea affects their button. If they’re looking to retire next year and they want to pull cash out of the business to do so, asking them to make a $500,000 investment for a return three years later will offend their sensibilities. Sure the idea makes sense for the business but for that decision maker, it’s a horrible idea.

Key #2: Articulate the Cost of Waiting

Time is money. Trite, I know, but true. Many decision makers who are hesitant to make a call will stall or defer that decision by asking for additional information. On the surface this seems like a good idea. The notion that you’ll make a better decision if you have more data and information seems axiomatic.

The problem is the marginal value of that incremental data declines precipitously. It’s a perverse Pareto Principle. Will being able to predict our customers’ exact behavior with 99% accuracy be a good thing? It sounds great. Unfortunately the time, cost, and effort involved with getting to that degree of certainty is extremely costly.

I had a great boss who really crystallized this concept for me. I had an idea I was pursuing and he asked when I’d make a decision on go/no go. I told him I wanted to do some more analysis and I’d have a decision by the end of the week (4 days later). He looked at me and pointedly said “then your business case had better be $5,600 higher when you come back to me.” I looked back at him with surprise and asked why.

“Probably not. I guess we just made a ‘go’ decision.”

This principle can work with your slow decision makers too. Articulate the cost of waiting. Show them how much that “extra certainty” costs in opportunity cost. It might help them get off the dime and take action to capture the value sooner.

Key #3: When All Else Fails, Run a Pilot

I’ve seen too many folks make cases that came across as “all or nothing.” In some cases that’s true – you can’t be half-pregnant on some of the projects you launch. For many projects and ideas though you can run a test or pilot.

If your decision maker doesn’t want to make the call to drop a new mail offer to your 50,000 clients because he’s not sure what the results will be, see if he’s open to sending out 5,000 as a test. Then if the test results are positive, drop the other 45,000 pieces of mail. If they’re not positive, you’ve mitigated the risk of the initiative and cut your losses more quickly.

It’s easy to argue not to implement huge projects. It’s much harder to argue against running a test or a pilot. By doing so, you can get to “yes” more quickly (and for an even faster way to get to yes, try a basic sensitivity analysis method like the one described in this article).

By understanding your key decision maker’s REAL concerns and articulating how your idea helps them achieve their goals you can build a solid base of support. From there, showing them the cost of delays makes making a decision a financially beneficial step. And finally, running a pilot gives you a chance to prove your case while getting over your decision maker’s risk aversion at the same time.

Give these keys a try the next time you’re encountering resistance to implementing an idea. They should help you break through some of your decision maker’s barriers.