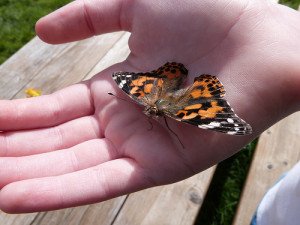 I have come to the conclusion that the overwhelming majority of business executives think of leadership as a bureaucratic function of business, requiring lots of academic formation and business exposure, along with an empirical approach. On the contrary, true leadership entails plenty of trust and dependability.

Motivational leaders are the primary force behind organizational efficiency and effectiveness. The leader, more than a decision maker, is a motivator. Leaders motivate their followers to continue their legacy while they are present and during their absence, and to fulfill their vision for the organization. Motivational leaders make quick executive decisions; they craft a plan of action and carry it through without losing sight of their goals; and above all, they overcome obstacles with their initiative and charisma.

As illustrated in the following story, it takes a true leader to motivate others to jump on board and take a business out of the red and into profitability. Leadership can come from anyone. It is not confined to the owner of the company or the CEO. As a matter of fact, academic erudition is not even a prerequisite to successful leadership. The following anecdote serves as a perfect example of what motivational leadership is all about.

It was back in the 1980s when my friend Bobby took a job at his friend’s store in New York City. Bobby’s friend Artie had bought a small grocery store. Artie showed up sporadically, so he needed someone he could trust to manage the store for him. He hired Bobby, knowing that Bobby was trustworthy and dependable—key personal traits of true leaders. Bobby didn’t really have any experience in this type of work, but he was a fast learner, and honest men are hard to come by.

The store started off very slowly, as new businesses often do. Most small business owners fail to realize that it takes time to create a solid brand identity amidst so much competition. Artie didn’t do much in the way of promotion for the business. He just assumed that if the store exists, clients would come.

Unfortunately for Artie, they didn’t come—at least, not in the droves that he’d hoped. After the first six weeks, the impatient Artie was losing hope and was ready to give up, squandering his investment. Artie got more bad news when his father died. He had to go to Europe for two weeks for the funeral. He left Bobby in complete charge.

Bobby took over the business as if it were his own. He had a plan. He started by cutting down on the daily donut orders, since they always had so many left over and ended up in the trash. He also began offering more flavors of coffee because they’d gotten requests for hazelnut and other flavors, but Artie had refused to spend the extra money on the more expensive varieties. He began advertising lottery tickets in the window—which most people didn’t even realize the store offered—and it drew more people into the shop, which resulted in the impulse buying of other items. He got rid of the newspapers that didn’t sell, and ordered more of the ones that did. Moreover, he rearranged the store’s physical setup in order to make the biggest-selling items more visible and easier to reach.

After his first week in charge, the store broke even for the very first time in months. By the end of his second week, the store actually made a profit. In just two weeks, Bobby had ended two months of financial stagnation.

Upon his return to New York, Artie walked into his store and was surprised to see all the changes. At first, Artie was irate… until he learned that they had actually made a profit for the first time. After getting over his embarrassment, Artie eventually ended up adopting Bobby’s approach from then on—and it improved his business. Artie never admitted it out loud, but he knew that it was Bobby’s initiative and leadership that allowed the business to turn the corner.

There’s a lot that we can learn from the story of Artie and Bobby. First, as a leader you want to be hands-on; Artie’s laissez-faire management style just wasn’t cutting it. Also, you have to be ready to listen to the needs of the client—and make adjustments accordingly, just like Bobby did. In addition, you need to be willing and able to trust others to manage in your absence; you might be amazed at the positive changes that can happen when you allow others to take on more responsibilities in your organization.

Fortunately, the story of Artie and Bobby had a happy ending. With some basic shifts in your leadership paradigm, your story can have a happy ending, too.

– Reynier Lezcano, MS teaches Electronic Commerce and Business Policy & Strategy at Summit International University. He is the author of Executive Wisdom: Reflections for Today’s Leaders. He is also a talent and organizational development consultant.