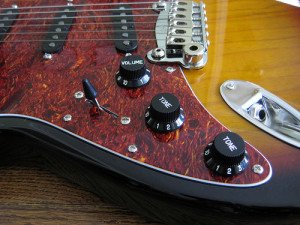 Today’s post is by Kristin Woodman, author of 24 Hours of Life and Leadership: The Marine Corps Way (CLICK HERE to get your copy).

Driving home with the top down after a long and tiring day at work, the radio is turned to Hair Nation. The day falls away as the chords come over the speakers, and a sense of rebellion has me belting out the lyrics as I drive down the road. I’m immediately taken back to the days of mullets, torn jeans and concert t-shirts.

In my youth, I embraced the loud music, big hair, and crazy antics of 80‘s hair bands in resistance the rules and discipline of my “high and tight” Marine father. Decades later, I’m still a fan.

Love ‘em or not, they were successful. Take a walk down memory lane to learn three things the hair bands reveal about success today, and how you too might rock a million with your products and services…

“I’ve seen ‘em come and go, the kind that do it all for the show” – Cinderella, If You Don’t Like It

All the 80‘s hair bands followed a general formula: big hair, tight clothes and power chords. Yet, despite their general commonality, successful bands each had their own distinctive something that set them apart.

For example, Cinderella whipped their guitars around their bodies while playing (which is harder than it looks by the way). While they followed the formula of their peers, they did something no one else did. The guitar trick got them noticed long enough for screaming kids to pay attention to their music.

The bands that enjoyed success followed the formula first, and then differentiated themselves.

This holds true for businesses as well. Even if a company’s product or service is similar to others, focusing on – and celebrating – something different is what it takes to get noticed. And while the bands focused on gimmicks, professionals can focus on unique approaches, features or service.

Bands work hard. They spend months on the road, often away from their families. When they aren’t touring, they are in the studio for weeks or months, trying to come up with that next hit song. Being creative on a schedule is a lot of pressure.

In spite of all the effort it takes to be a successful band, or maybe because of it, one thing the 80’s hair bands did extremely well was have fun. Hard work does not have to exclude having a good time.

Life is short and a lot of it is spent working. Remembering to enjoy each other’s company, such as getting out of the office occasionally for a team activity, can go a long way to increase the “fun factor” at work. And, let’s face it, happy employees are more productive.

“This road was paved by the winds of change” – Bon Jovi, We Weren’t Born to Follow

As the 80’s came to an end, so did hair bands. Music shifted away from big hair, concerts and parties, to shorter hair and more angst-ridden lyrics.

The end of the hair band era, however, didn’t mean the end of all hair bands. Bon Jovi cut their hair and adapted their music for the changing times. As a reward, their popularity has remained strong long after they retired their hair spray.

Any band that made it through the 80’s, and continued to be relevant, responded to changes in the music scene and the listening tastes of the public. They adapted, focusing on what was important – the music – and compromising in areas that weren’t.

Like an evolving band, a company’s success is dependent on a commitment to core principles, with awareness that compromise is possible – and potentially necessary – to thrive in a changing marketplace.

Bonus: Wait for it…

“Life is ours, we live it our way” – Metallica, Nothing Else Matters

In the 80‘s, being a hair band was a license to print money. As long as bands had big hair, loud music, and lyrics about sex, drugs and rock n‘ roll, they received air time and instant popularity.

There were some bands that refused to comply with the standard formula. Though they looked like their counterparts, their style had more edge. Bands like Metallica wrote about relevant topics of the day and refused to compromise to pursue success. Even though they lacked the same instant popularity of other hair bands, they slowly developed a loyal following.

Eventually, their fan base grew, tastes shifted and the “new sound” was uncovered. Over time, many became popular with the listening public. Though they were different than most bands of the time, Metallica and others remained focused on their particular musical style and found critical acclaim on their own terms.

If companies decide to go well outside the formula of their competitors, it may take time to catch on. Building a fan base through word of mouth and referrals can set the stage for eventual mainstream success. Most companies and products are not overnight sensations, but it takes a loyal following to avoid ending up a “one hit wonder.”

Even if you can’t sport a mullet at the office or show off your awesome air guitar in the aisles, you too can channel your inner 80’s hair band. Just remember to be different, grow your fan base while you wait for your big break, evolve as times change and – most of all – have fun!

– Kristin M Woodman is a civilian leader and change agent. She currently works for a global insurance carrier, helping them transform the way they build software solutions. She has over 20 years of experience as a project manager and leader, building high-performing teams to solve challenging problems for military and civilian organizations. She recently completed her first book, “24 Hours of Life and Leadership: The Marine Corps Way” and is actively writing her second, “The PM Test.”